When Is It Time to Expand to Canada? 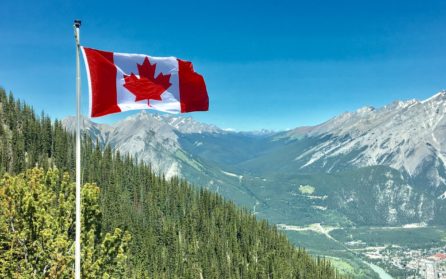 Management at one Wisconsin-based outdoor apparel manufacturer knew the time was right to expand eCommerce operations to Canada when inquiries from would-be Canadian consumers regularly flooded its customer service center. The manufacturer went to work to develop a strategy for accepting – and fulfilling – eCommerce orders from Canadian customers, and today Canada is an important part of its customer base.

This manufacturer joined the growing number of U.S. businesses that have expanded their eCommerce reach to the Canadian market. And with good reason. Research by transaction processor Payvision found 60 percent of Canadian shoppers have made purchases from U.S. websites, while eMarketer predicts Canadian eCommerce spending to grow at a double-digit pace, reaching C$43.95 billion (US$32.7 billion) by 2018. It’s easy to see then why many U.S. businesses have set their sights on expanding to Canada.

Despite the allure of accessing Canada’s 36 million potential customers, there’s a lot more involved in a Canadian eCommerce presence than simply resetting a company’s website to start accepting orders from Canada. In fact, the road to Canada is lined with U.S. businesses that failed to do their due diligence before reaching out to the Canadian market. The U.S. Commercial Service cites failure to conduct market research; explore sales channels; understand provincial regulations, certification standards, labeling and packaging requirements; and “educate themselves on unique industry matters” among the reasons U.S. businesses struggle in the Canadian market.

For an eCommerce business, inventory and fulfillment issues, transportation, returns, and, of course, customer expectations are added concerns. A major issue, for example, is finding a way to make deliveries to Canadians who live in that country’s more remote areas. While 70 percent of the Canadian population lives in urban regions, and 80 percent are located within 100 miles of the U.S. border, an eCommerce provider must have access throughout the entire country.

U.S. retailer J. Crew learned the hard way about the importance of solid planning when it launched its Canadian website only to face a strong backlash from consumers over pricing issues. Smart customers were quick to notice the dramatic price discrepancies between identical items offered on both the U.S. and Canadian websites but at a sharply higher cost to Canadian customers. In some cases, once shipping and customs costs were factored in, Canadians were charged almost 50 percent more. Identical merchandise, but at higher prices.

The retailer eventually apologized to its Canadian customers and stopped charging duty costs. But the example is a good illustration of the consequences of failing to thoroughly assess the implications of selling to the Canadian market.

According to the U.S. Commerce Department, fewer than 1 percent of U.S. companies export, and of those that do, most look to Canada as a starting point. This makes sense given our shared border, language, and enduring alliance.

But beyond these obvious similarities are some very “uniquely Canadian” characteristics, an understanding of which is critical to success in that market.

Heightened awareness of price discrepancies. Prices are generally higher in Canada than in the United States, and Canadians are keenly aware of this. It is an ongoing situation that reached a boiling point a few years ago, with strong accusations against some U.S. retailers of

A U.S. business expanding to Canada must take the time to understand these and other characteristics of that market. The U.S. Commercial Service publishes a “Canada Country Commercial Guide” that provides essential background information a business can use as the basis of its strategic plan.

Of special importance to U.S. eCommerce retailers though is an understanding of that country’s online market. How strong is the demand for eCommerce options, and why is it that 60 percent of Canadians have made purchases from U.S. websites?

The simple answer is that demand is quite strong for eCommerce options, but until recently, Canadian retailers have not kept pace with that demand. A few statistics:

At Purolator International, we’re the experts in managing shipping solutions from North America to the Canadian marketplace. As a trusted logistics partner serving many fast-paced industries, our mission is to provide unparalleled customer service complemented by our shipping, tracking and customs expertise.

To partner with Purolator International on your expansion efforts to Canada, contact us today.