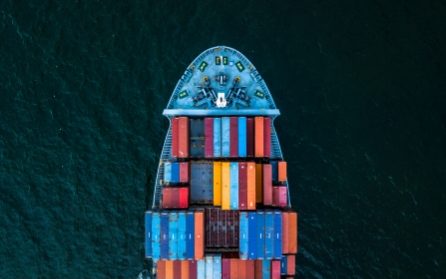 When the U.S. Department of Commerce self-initiated anti-dumping (AD) and countervailing duty (CVD) investigations of imports of aluminum sheet from China, it brought the 2017 year-to-date total for AD/CVD investigations to 79.  This is interesting for two reasons:

, through an increased emphasis on strong trade law enforcement.

For importers then, the message is clear:  Expect increased scrutiny of all shipments entering the United States, including a deeper look into whether or not a shipment is subject to AD/CVD.

First though – what are anti-dumping and countervailing duties?

According to U.S. Customs and Border Protection (CBP), anti-dumping occurs when a foreign manufacturer sells goods in the United States at a below-fair value price, thereby causing injury to the U.S. industry.  Anti-dumping cases are company-specific, and if a foreign company is found to have committed anti-dumping, duties will be “calculated to bridge the gap back to a fair market value.”

CBP notes that while AD/CVD cases account for only four percent of total imports, the added duty – which in some cases can be as high as 400 percent — can have a serious impact on a business’s operations.  A U.S. manufacturer that purchases a supply of coiled steel from Korea at what it believes is a highly competitive price, for example, might be surprised to learn the purchase is subject to countervailing duties as high as 57 percent.

That particular CVD was imposed in 2016, after the U.S. industry claimed several countries – Australia, Brazil, Japan, Korea, the Netherlands, Turkey and the United Kingdom — were engaging in unfair trade practices

with regard to steel exports to the United States.

As with all customs mandates, responsibility for compliance rests with the importer.  This means that, even if a business entrusts the customs process to a broker or to its logistics partner, the business still has ultimate responsibility.

The first step in compliance though, is to understand exactly what’s involved with regard to AD/CVD, and to gain an idea of compliance requirements.  A good place to start is by downloading a new white paper from Purolator International, “Understanding Customs:  Anti-Dumping and Countervailing Duties.”

The complimentary paper, which can be accessed by clicking here, provides a detailed overview of the AD/CVD topic, and answers many questions a U.S. business may have on this important topic.

The Trump Administration has stated repeatedly that trade enforcement will be a top priority.  Businesses need to heed those words, and make sure they are in full compliance with any AD/CVD orders.