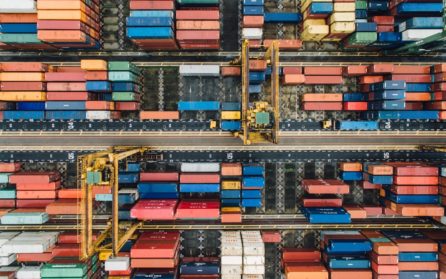 U.S. biodiesel producers reached an apparent breaking point in March 2017 when the National Biodiesel Board (NBB) Fair Trade Coalition filed a complaint with the U.S. Commerce Department claiming that biodiesel producers in Argentina and Indonesia were being unfairly subsidized by their governments. The Commerce Department apparently agreed, when it issued a final determination in November 2017 that U.S. producers were being harmed by imports from the two countries, and set the stage for the imposition of penalties.

According to Biofuels Digest, the NBB Fair Trade Coalition filed its petition to address “a flood of subsidized and dumped imports from Argentina and Indonesia that has resulted in market share losses and depressed prices for domestic producers.” In fact, biodiesel imports from Argentina and Indonesia grew by 464 percent from 2014 to 2016, a period in which U.S. market share fell by 18.3 percent.

This biofuels case is a classic example of a critical trade issue known as countervailing duties (CVD). Usually referenced in conjunction with anti-dumping duties (AD), countervailing duties refer to instances in which foreign governments are found to unfairly subsidize domestic industries, thus putting U.S. competitors at a disadvantage. Dumping occurs when products are exported by a company and sold in the United States at a below-market price.

U.S. companies and industries that believe they are unfairly disadvantaged by either dumping or illegally subsidized exports may seek relief through the International Trade Commission and the Department of Commerce.

Conversely, U.S. businesses run the risk of purchasing products from an international supplier without realizing the goods may be subject to punitive duties. A U.S. business may think it has procured quite a deal for itself only to have its low-cost products end up costing significantly more after AD/CVD are applied.

Important to note, AD/CVD can be controversial. In the biodiesel case noted above, for example, the decision to impose countervailing duties was condemned by many, including the National Association of Truckstop Operators and the Advanced Biofuels Association. In a statement, David Fialkov of the Truckstop Operators said: “Any outcome that results in cutting off Americans’ access to cleaner-burning fuels, such as biodiesel, from foreign markets is a bad day for Americans.”

Further, a report by public policy think tank The Heritage Foundation criticized the use of anti-dumping duties, noting they are often applied in error and can be confusing and arbitrary. The report also claimed the effect of anti-dumping duties is to “drive up the costs of imported components used by other American enterprises, making their products less competitive in world markets.”

Regardless of one’s position on the use of anti-dumping and countervailing duties, they have been a part of international trade practices and will remain a part. In fact, in its first year in office, the Trump administration initiated 65 percent more anti-dumping and countervailing duty investigations than were filed during the final year of the Obama administration.

The following discussion will help businesses understand the concepts of anti-dumping and countervailing duties, along with possible implications for their import activities. Any business with a more direct interest in AD/CVD is encouraged to contact either the U.S. Commerce Department or a customs professional for more detailed information.

What are Anti-Dumping and Countervailing Duties?

According to U.S. Customs and Border Protection (CBP), dumping occurs when a foreign manufacturer sells goods in the United States at a below-fair-value price, thereby causing injury to the U.S. industry. Anti-dumping cases are company specific, and if a foreign company is found to have committed anti-dumping, duties will be “calculated to bridge the gap back to a fair market value.”

Countervailing duties cases occur when a foreign government provides assistance and subsidies, such as tax breaks, to manufacturers that export goods to the United States that are sold in the U.S. cheaper than domestically produced goods. Countervailing duties cases are country specific, and duties are calculated to negate the impact of the subsidy.

Dartmouth College Professor Douglas Irwin cites the Antidumping Act of 1921 as the basis for the anti-dumping laws on the books today. According to research by Irwin, the law states: “Whenever the Secretary of the Treasury finds that an industry in the United States is likely to be injured, or is prevented from being established, by reason of the importation into the United States of foreign merchandise, and that merchandise of such class or kind is being sold or is likely to be sold in the United States or elsewhere at less than its fair value, he shall make such finding public…. If the purchase price or the exporter’s sales price is less than the foreign market value, there shall be levied, collected, and paid a special dumping duty in an amount equal to such difference.”

In fact, the Congressional Research Service reports an “absence of statutory direction” on the anti-dumping issue from the period in which the 1921 law was enacted until passage of the Trade Act of 1974. During those intervening 53 years, “the application of anti-dumping law was devised and implemented exclusively through administrative agency action, as the statutes were silent on the matter.”

Meanwhile, anti-dumping protocols were also established on a global level, beginning with the 1948 formation of the General Agreement on Tariffs and Trade (GATT). Key dates and milestones include:

It was agreed that any country choosing to become a member of the WTO would automatically be subject to the GATT Antidumping Agreement of 1994. Today the WTO has 164 member countries and is the preeminent international body for establishing trade agreements and adjudicating disputes.

U.S. legislative efforts to address instances of foreign governments subsidizing domestic industries date back to 1897. The U.S. International Trade Commission (ITC) reports that key tenets of the 1897 legislation remained largely intact, with slight modifications, until 1979 when changes were made to conform with the GATT Tokyo round of multilateral trade negotiations.

Congress passed the Trade Agreements Act of 1979, which included provisions of agreements reached in Tokyo. According to the ITC, “one of the most important changes made by the 1979 Act was the requirement of an injury test, along with a shift in responsibility for administering countervailing duty law from the Treasury Department to the Commerce Department.”

Since then, changes to anti-dumping statutory and regulatory oversight have largely paralleled changes made to enforce dumping claims. Key pieces of legislation have included:

Keep on Top of Customs Regulations with Purolator International

At Purolator International, we value the importance of staying up-to-date with important changes that impact trade regulations. As a top logistics provider, we are proud to provide services and solutions that reflect our knowledge of the industry today.

If your business is looking to expand to Canada, Purolator International is ready to provide the custom solutions that will help you achieve success. Contact us today to learn more about customs regulations and our services.