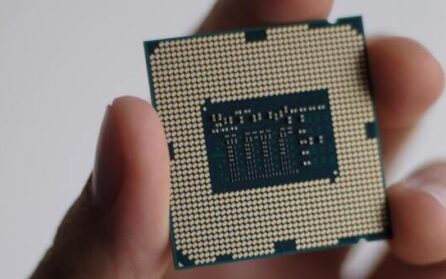 Tucked into the $2 trillion “American Jobs Plan” outlined by President Joe Biden in late March, is $50 billion in spending earmarked for the domestic semiconductor industry.  According to Commerce Secretary Gina Raimondo, every cent of that money is needed to restore America’s standing as a global leader in chip research and manufacturing.  “This is about out-competing China,” Secretary Raimondo said in an interview with CNBC.  “If we act now … we will compete with China.  There is time to do that, to rebuild, to build in semiconductors in particular, but we have to get to the business of doing it.”

“If we act now … we will compete with China.  There is time to do that, to rebuild, to build in semiconductors in particular, but we have to get to the business of doing it.”

Fueling this sense of urgency is a severe global shortage of semiconductor chips that is having a crippling effect on chip-dependent industries.  The shortage is so severe, that the global auto industry is projected to experience losses of an estimated $60 billion this year.

While the $50 billion included in President Biden’s spending plan will not provide immediate relief, it highlights America’s vulnerability to a supply chain that has become increasingly reliant on Asian countries including Taiwan, South Korea and increasingly, China, and a supply chain that cannot meet U.S. manufacturers’ needs.

Like so many things, the cause of the current shortage can be attributed to the pandemic.  As COVID-19 settled in, automakers braced for a steep decline in sales along with severe supply chain disruptions.  Companies slashed orders for key components, including the semiconductor chips that enable today’s increasingly technology-based systems ranging from dashboard consoles, entertainment systems, Bluetooth connectivity, brakes, tire sensors, heating and cooling systems, power steering, and engine functionality.

According to the New York Times, chip makers responded by shifting production to accommodate surging orders for consumer products including laptop computers, game consoles, webcams, tablets, 5G smartphones and even smart refrigerators and ovens – items consumers locked in their homes suddenly were buying in record numbers. 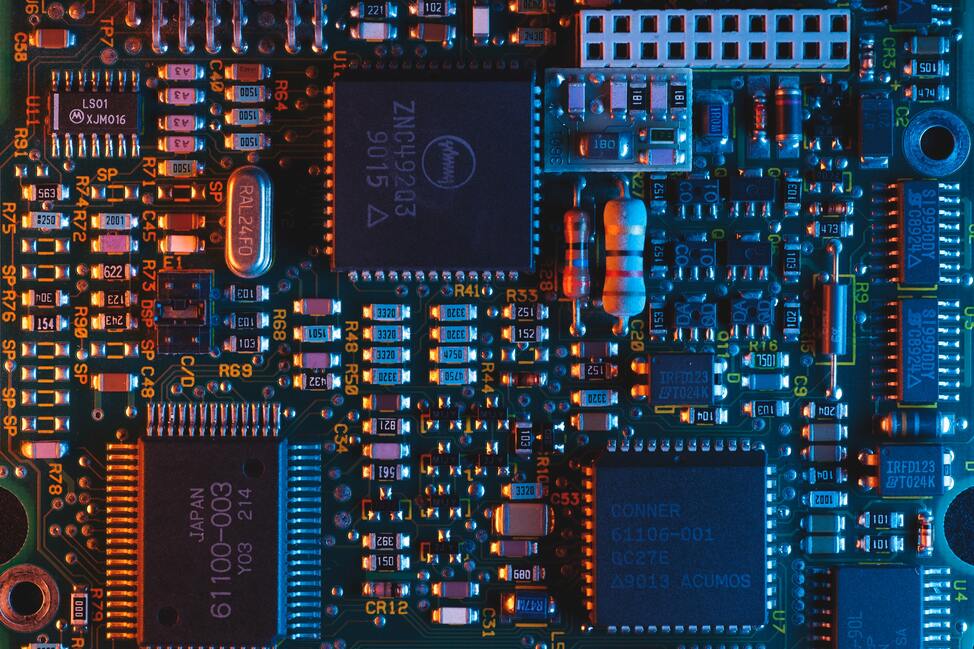 But the auto industry proved more resilient than had been predicted.  While production did initially plunge, falling by 60 percent during the spring, the market saw a fast rebound, and U.S. manufacturers were soon predicting a return to pre-pandemic levels.

Those predictions were soon stymied though, when chipmakers could not meet car makers’ demand, with existing supplies already designated for consumer electronics companies and other manufacturers.  As the Times aptly put it, while automakers braced for turmoil when the pandemic hit, “they never figured that a year later one of their biggest problems would be PlayStations.”

But that is precisely what has happened, with fallout that includes:

Chipmakers find themselves racing to increase capacity as manufacturers consider their options and try desperately to find ways to procure scare supplies.  The situation has become so dire, that Samsung co-CEO Koh Dong-jin said there was a “serious imbalance” in the pecking order of which companies are getting the limited supplies of chips.

For many, the shortage has raised questions including:

Let’s start with a quick overview of how exactly chips are produced, and why it’s impossible to simply flip a switch to add capacity.

According to the Semiconductor Industry Association (SIA), semiconductors are classified into several different groups, based primarily on their function.  Integrated circuits account for more than 80 percent of total sales and include four major segments:

According to October 2020 analysis by Berlin-based technology think tank Stiftung Neue Verantwortung (SNV), not every semiconductor company performs all three steps in the production process.  Those that do are called Integrated device manufacturers (IDMs) and include companies such as Intel and Samsung.

Historically, the analysis notes, IDMs accounted for the bulk of the semiconductor industry, but as integrated circuits have become increasingly complex and costly to produce, companies began specializing in specific parts of the manufacturing process.

Companies that only design chips and rely on contract chip makers for fabrication are called “fabless.”  These companies lack a fabrication plant are must closely align themselves with companies (called foundries) that do manufacture chips in their fabrication plants (“fabs”).  Examples of fabless companies include Qualcomm (US), Broadcom (US), Nvidia (US), MediaTek (Taiwan) and HI Silicon (China).  Leading foundries/fabs including TSMC (Taiwan), Samsung (South Korea), GloFo (US) and SMIC (China).

Finally, companies that specialize in back-end services are called Outsourced Semiconductor Assembly & Test companies.  Taiwanese OSAT companies accounted for 53 percent of the market in 2019, led by the ASE Group.  Amkor Technologies is the only large U.S. OSAT company, and accounts for 13 percent of the market.  In recent years, China has increased its footprint in the OSAT sector.  According to the SNV analysis,  China’s market share has grown significantly in the past ten years, approaching 20 percent in 2019.

In addition to the time-and-labor intensive manufacturing process, chipmakers must contend with continual demand among chip users for increasingly advanced capabilities.  This means chips can become obsolete quickly, putting manufacturers at risk of holding costly inventory as more innovative options come to market.

Market Overview – U.S. is the World Leader, But Not in Manufacturing

Commerce Secretary Gina Raimondo offered a frank assessment of the current status of the U.S. semiconductor industry in a March 2021 statement in which she noted that although the United States is the birthplace of semiconductor technology, “over the years we have underinvested in production and hurt our innovative edge, while other countries have learned from our example and increased their investments in the industry.”

The U.S. industry accounted for nearly half of global market share during 2019, with sales of almost $200 billion.

To be clear, the United States remains the world leader with regard to semiconductor design and research and development.  The U.S. industry accounted for nearly half of global market share during 2019, with sales of almost $200 billion.  In addition, semiconductors are a “top five” U.S. export, valued at almost $50 billion during 2019.

However, the industry has seen a dramatic shift in chip manufacturing away from the U.S. in favor of South Korea, Taiwan, and increasingly, China.  While the U.S. accounted for 40 percent of manufacturing in 1990 that number has slipped dramatically, to its current level of just 12 percent.

Equally concerning, a report issued by SIA and the Boston Consulting Group (BCG) found just six percent of global capacity currently in development will be located in the U.S., while “China will add about 40 percent of the new capacity and become the largest semiconductor manufacturing location in the world.”

According to SIA, 2019 chip manufacturing breaks down as follows:

It would seem then, that the current chip shortage is providing the catalyst necessary to draw attention to the U.S. industry’s declining manufacturing footprint, and the need to shore up the resiliency of U.S. manufacturers’ supply chains.

In its report aptly titled “Government Incentives and US Competitiveness in Semiconductor Manufacturing,” SIA and BCG called for a $50 billion federal government “incentive program” that would finance 19 new fabs, 10 more than currently exist.  Such an investment, the report notes, would increase U.S. market share from 12 percent in 2020, to 14 percent by 2030.  The report considers such a rate of growth “a major improvement,” given that U.S. market share is projected to decrease to 10 percent if no action is taken.

Perhaps not coincidentally, $50 billion is the amount included in the Biden Administration’s “American Jobs Plan” currently under consideration by the U.S. Congress.  The Administration has expressed its preference for Congress to act on its proposal no later than Memorial Day, although intense scrutiny and debate of the $2 trillion plan is expected.

Meanwhile, California-based Intel announced plans to build two new fabs in Arizona at a cost of approximately $20 billion.  The new facilities, scheduled to be in production by 2024, will be in addition to the two plants already operating at the company’s Arizona campus, and are part of the chip maker’s “IDM 2.0” strategy which outlines a goal of becoming a major provider of foundry capacity in the United States and Europe.  “We are back with a vengeance,” Intel CEO Pat Gelsinger said in announcing the investment, an apparent reference to the company’s recent loss of market share, and problems in producing next-generation chips.

Although $20 billion is an impressive amount, research by IC Insights suggests the figure is “nowhere near enough” to counter the standing of South Korea’s Samsung Electronics and global leader Taiwan Semiconductor Manufacturing Co. (TSMC).  “Governments would need to spend at least $30 billion per year for a minimum of five years to have any reasonable chance of success,” the reported noted.

As if on cue,  in early April TSMC announced plans to invest $100 billion over the next three years in new Taiwan-based building projects.  This announcement followed previously-released plans to spend $12 billion to build a new foundry in Arizona, which would be the company’s second manufacturing site in the United States.

However, according to Industry Week, TSMC’s ambitious plans for additional Taiwan capacity may be stymied, at least in the short term, by of all things, a severe drought.  As Industry Week notes, semiconductor manufacturing is a “water-intensive industry,” and for the first time in 56 years, no typhoons made landfall in Taiwan last year, “leaving some reservoirs at their lowest levels in years,” causing the government to warn that it is “preparing for the worst.”

As this discussion makes clear, the current global chip shortage is truly a story with many chapters.  While the pandemic is often cited as the starting point for the shortage, it’s clear that capacity was already stretched long before COVID-19 became part of our daily lexicon.  Also clear is that there will be no quick fix to solving the problem.  But steps can be taken now to build supply resiliency, especially within the United States, thereby ensuring that such a crippling shortage never happens again.