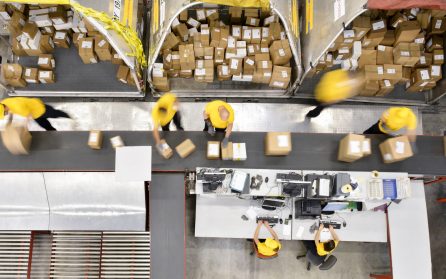 When Canada’s Office of the Auditor General released a 2017 report on customs procedures, it revealed that roughly 20 percent of shipments entering Canada have the wrong tariff classification code assigned.  As a result, the Canadian government is missing out on $21 million annually in revenue it is lawfully due.  At the same time,  importers retroactively claimed $136 million in refunds during the 2014-15 fiscal year, after realizing to their benefit that the wrong code had been used.

First of all, why are so many shipments arriving at the border with the wrong tariff code assigned?

For one thing, determining the proper tariff classification is an extremely difficult undertaking.  Both the United States and Canada – along with more than 200 other countries – base classifications on the World Customs Organization’s “Harmonized System,” which is a standardized listing of more than 200,000 commodities, with a corresponding six-digit code number for each.

The United States uses the Harmonized System as the basis for its “Harmonized Tariff Schedule” (HTS).  HTS codes are 10-digits, with the first six digit coming from the HS, followed by four digits unique to the United States.  Canada maintains its own 10-digit based system, known as Customs Tariff.

Zeroing on the right code though, can be extremely difficult.  Take kitchen paring knives.  According to the International Trade Commission:  “Consider the classification of a kitchen paring knife with a ceramic blade.  Either a word search or casual browsing through the Tariff Schedule might lead to heading 8211 (“Knives with cutting blades, serrated or not,….”)  However, Chapter 82 Note 1 excludes articles with a blade of ceramic from Chapter 82.  The proper classification is in Chapter 69 as an article in ceramics.”

There may also be circumstances in which a product may seem to fall within the confines of multiple categories.  Screws for example, could fall under heading 7318, “screws, bolts, nuts,” but also under “parts and accessories of motor vehicles,” which is heading 8708.  A general rule of thumb is to choose the heading that is most specific, that according to the ITC, describes a product’s “essential character.”

Another reason can be attributed to human error.  Many businesses outsource the customs compliance process to a third party such as a customs broker, or logistics provider.  But unless the third party has bona fide experience with tariff classification, mistakes can happen.  (Which is why a business needs to make sure it’s third party partner – and its employees — truly understands the process.)

Regardless of the reason, misclassified shipments can have multiple adverse consequences including:

A new white paper from Purolator International, “Proper Tariff Classification – A Vital Part of Customs Compliance,” provides an in-depth overview of the U.S. Harmonized Tariff Schedule, along with information about why proper classification is essential.

Improper tariff classification is a top reason shipments are delayed at the border.  Purolator can help businesses better understand the classification system, and their role in ensuring proper compliance.