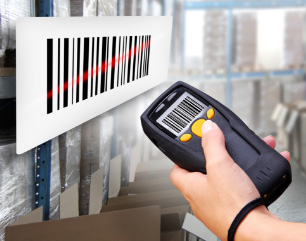 Does it ever seem like you’re operating, well, on auto-pilot when it comes to determining service levels for your airline parts shipments?  Such is the plight of an AOG desk manager, who reflexively finds the fastest solution possible, often regardless of cost.  Sometimes though, shipments don’t need to travel via a premium service level, but instead can arrive a day or two later, at a much lower price point.

While the concept of using anything less than first flight out, or an expedited truck solution is anathema to AOG managers, the truth is, for many low value shipments, there is no reason to incur these steep charges.

This is especially true in light of the growing number of parts arriving from – and travelling to – Asia.  A business could find significant savings by evaluating whether or not a shipment truly requires top shelf service, or if one of today’s more creative, less costly solutions would be sufficient.

A few options to consider:

Ocean:  Shipping freight via air generally takes a day or two, while shipping via ocean carrier usually takes about 30 days.  But, the cost savings achieved via ocean transit can be significant, especially for larger, heavier loads.  This is because ocean carriers calculate cost based on volume, while air cargo providers calculate charges based on “chargeable weights” (calculation based on shipment size and weight).  One analyst estimates the cost of shipping via air is five-to-six times higher than shipping via ocean.

Intermodal:  Another consideration is to combine transport modes and find a less costly alternative than would be incurred using a single mode.  Intermodal solutions have become increasingly attractive as technology enables the seamless transfer of shipments, and optimization identifies “best possible” solutions for specific shipments.  A few intermodal considerations include:

As an example:  When a major European carrier needed to move a supply of airline parts to the U.S. for distribution to repair shops across the United States, it consolidated the units into a single shipment for direct comat service to Atlanta.  Once in Atlanta, customs cleared each unit individually, via the house bill.  Shipments were then picked up by transportation providers for final transit (via air or ground) to their final destinations.

This may seem like an obvious solution, but many transportation managers would reflexively send each shipment on an “as ready” basis, and achieve little economies of scale.  But by waiting, and consolidating all of its U.S.-bound shipments, the carrier was able to significantly reduce costs.

For any of these options to work, two elements are essential:

In the world of AOG logistics, there will always be Code Red alerts when a shipment needs to travel to a stranded aircraft as quickly as possible, cost be damned!  But other times, there is simply no need to incur the additional costs.  A transportation manager might be pleasantly surprised to find how much savings can be achieved, just by taking advantage of less urgent transit solutions for less urgent shipments.