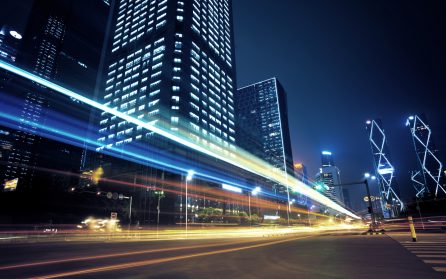 As the paper discusses, roughly 30 percent of shipments arrive at the border with an incorrect tariff classification. Not only can this result in fines and penalties, but an improper classification may result in a business paying more duty than is necessary, or missing out on free trade agreement benefits.

So how does the tariff classification system work?

Several decades ago, the world’s nations recognized the need for uniformity in global trading practices, and commissioned an organization, the World Customs Organization (WCO) to establish the rules and police enforcement. Located in Brussels, Belgium, the WCO maintains a uniform system of codes to identify international trade shipments. The system, known as the Harmonized System (HS) includes unique six-digit codes for roughly 5,000 different commodity groups. The system is used by roughly 98 percent of the world’s trade merchandise.

Because of HS, a product originating in one country will carry the same identifying code as the same product manufactured in a different country. Without HS, worldwide commerce would be a mishmash of disconnected codes and identifiers.

The harmonized codes are updated every five years, most recently in 2012, when 220 changes were implemented. Because the Harmonized System truly is the law of the land, every country must adjust its own import and export practices to ensure that they are in sync with HS revisions.

WCO allows countries to add additional qualifying codes, as a way to capture data about the flow of goods into and out of their borders. In the United States, for example, export codes, known as “Schedule B,” are maintained by the U.S. Census Bureau. Import codes, known as the Harmonized Tariff Schedule of the United States – are developed and maintained by the International Trade Commission.

As an example, a U.S. business exporting white wine would use the code:

A similar system is in place in Canada, which is the United States’ largest trading partner. Canada’s coding system is known as the Canadian Customs Tariff. Similar to the system in place in the U.S., Canada requires that exports supplement the 6-digit harmonized code with a 4-digit Canadian code.

Differences between product categories can be slight, but can carry different tariff obligations. Customs attorney James Sawyer wrote: “United States Customs and Border Protection (CBP) has ruled that needled sutures are considered medical devices, eligible for unconditional duty free entry, whereas non-needled sutures are classified as pieces of thread subject to duties as high as 8% based on the constituent material, e.g., gut, nylon, silk. However, if these same non-needled sutures are imported sterilized, they are again eligible for duty free entry.”

This highlights the need for a business to be certain that its shipments are properly classified, and that care is taken to thoroughly explore all classification options, and all potential for duty savings.