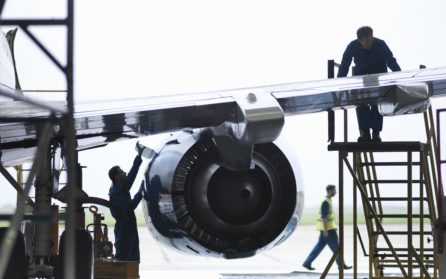 By many accounts, the June 2019 Paris Air Show was supposed to have been a “sleepy affair,” with Reuters reporting that “airlines haven’t been ordering many new planes this year.”  But then came British Airways owner IAG’s signing of a letter of intent to purchase as many as 200 Boeing 737-8 and 737-10 planes, a deal valued at an estimated $24 billion.  Not to be outdone, Airbus announced the very next day that it had secured at least 86 orders for its new Airbus  A321XLR.  It would seem then, what was to have been a relatively quiet event turned out to be quite lucrative for the world’s largest airline manufacturers.

When asked by Reuters about the apparently exaggerated predictions of an “order drought,” Accenture Managing Director John Schmidt noted:  “We look at what’s driving passenger growth and it’s coming out of Asia and to some degree the Middle East, and there seems to be no sign of that slowing down.”

And while the outcome of the Paris Air Show is just one indicator – albeit a substantial one – of trends within the aviation industry, the results illustrate the impact of Europe, China, Pakistan and other ASEAN nations in fueling industry growth.  This global growth has been so significant, that Airbus estimates the global inventory of passenger aircraft will more than double by 2032,  to 36,500 planes.

For individuals who follow the aviation industry, that number is just shocking.  On the one hand, it’s such a positive sign to see the expansion of aviation in previously under-served markets, and it’s also a good indication of how far manufacturers have come in introducing better, faster, and more technologically-advanced aircraft.

But with the expansion of the world’s fleet, comes the need to maintain those planes – where they are located.  This in turn has brought about dramatic changes within maintenance and repair operations (MROs).  Essentially, an industry once defined by highly-localized facilities and suppliers has gone global.  The reality of a global MRO industry has helped drive significant changes in how repair operations are managed and sourced, with generally positive benefits including enhanced efficiency and improved service.

It’s necessary though, for a MRO facility manager to have insight into key industry trends, including innovative approaches that are quickly becoming best practices. Some of the more notable changes include:

Increased reliance on strategic relationships.  Aviation repair managers find themselves in a quandary of sorts, as they confront the very diverse needs of today’s fleet.  Newer aircraft require highly sophisticated parts and components, along with a complete understanding of the technology systems found throughout these planes.  But with a typical airline hanging on to its passenger jets for an average 15 years, a MRO shop must maintain ready-access to older components as well.   To do this, MROs would need inventories of millions of parts, and technicians skilled to perform requisite installations.

Clearly that’s not feasible, nor, in today’s world is it necessary.  Instead, repair facilities are realizing the value of forging strategic partnerships, with each partner filling a specific need, serving as part of an overall team.  By creating a network of established partners, a repair facility achieves several benefits that include:

Reliance on smaller supplier bases.  As repair facilities build networks of strategic partners, another net benefit will be the ability to winnow down its list of suppliers.  Instead, the repair facility can draw from a smaller universe of more comprehensive suppliers.  For example, whereas a facility may have enlisted two different companies to supply nuts and bolts, the trend today is for a single company to meet all “hardware” requirements.  Not only can this help control costs, but a repair facility manager will find it easier to manage fewer suppliers, and to hold them accountable.

Increased reliance on global maintenance and material networks…  A report by the Transport Workers Union found 24 percent of total heavy aircraft maintenance is outsourced to foreign countries, a rate that has more tripled over the past 15 years.  The report traces the beginning of this trend to the post-September 11, 2011 period, when airlines were trying to acclimate themselves to the steep drop in passenger volume that followed the terrorist attacks.  Many airlines sought out cheaper maintenance alternatives and in many cases, that meant moving work overseas.

In recent years, certain foreign governments have sought to solidify their roles in the aviation supply chain by expanding their MRO capabilities.  The emergence of MRO “clusters” is one example.  In Mexico alone, hundreds of aerospace companies, including maintenance providers have expanded to established clusters in Baja California, Chihuahua, Queretaro and Sonora.  In most cases, generous tax and investment incentives from the government have been integral to the growth of these clusters.

A growing number of aviation companies are also recognizing the benefits of free trade zones (FTZs).  FTZs are geographic areas set aside by a foreign government in which goods may be stored, manufactured, processed, or undergo other activities, largely exempt from customs duties and regulatory controls.  For example, ExecuJet announced last year that it had been approved to establish a FTZ at its MRO facility in Lagos, Nigeria, a move that will exempt parts and services from VAT and customs fees.

… And Growing Awareness of Off-Shoring Downsides.  Despite its many advantages, certain carriers have come to realize that off-shoring is not without its downsides.  Added logistics and transportation costs are obvious, but other factors include the onerous customs process, language barriers, and infrastructure limitations.  Regulatory compliance can also be an issue, since technicians located off-shore will likely not have the same level of training and familiarity with Federal Aviation Administration requirements as a U.S.-based technician.

Increased Reliance on 3PLs to manage key services.  In recent years, certain third-party logistics providers (3PLs) have “upped their games” with regard to services provided to customers, and are now able to assume responsibility for specific processes.  Such 3PL-provided services are prevalent in the highly-developed automobile supply chain, and often include kitting, sub assembly and warehousing services.

The aviation repair sector though, has long been reluctant to relinquish control over any aspect of its operations.  This is changing though, as certain 3PLs prove themselves to be able-partners.  A good example of this is the relationship forged between Airbus and Kuehne + Nagel, in which the 3PL manages all production logistics for Airbus in France, Germany, Spain the United Kingdom and China.  Services include quality inspections, storage, picking/packing and, unique to the A380, section handling, kitting and wing wrapping.

Outsourcing services to a 3PL can be extremely cost efficient.  Among other things, the aviation shop eliminates the need to build capacity to provide these services, and can instead let the 3PL make those investments!

Increased emphasis on skills training.  When the Mexican government committed to investing in the Queretaro aviation cluster, it took a dramatic step to ensure an ongoing supply of top-tier talent:  They built a university.  In 2007 a joint federal-state initiative helped fund the Aeronautic University, which is located right in Queretaro.  According to 2015 analysis by the Harvard Business School, more than two-thirds of Bombardier’s Mexican workforce were trained at this university.

This example highlights a critical need for trained employees that exists throughout the aviation industry.  Many times, newly hired employees are assigned responsibilities that fall far beyond the scope of their capabilities, and subject to a “sink or swim” level of on-the-job training.  This glaring lack of trained job applicants has caused many aviation companies to look inward, and make significant investments in their training programs.  Not only does this ensure a steady supply of trained employees, but it avoids the costs and headaches inherent to an untrained workforce.

Although not aviation-related, Amazon recently drove home the need to continually invest in employees when it announced it would spend $700 million to train 100,000 employees charged with using the company’s increasingly advanced technology-based machines and processes.

Today’s aviation repair facilities are charged with servicing a highly-diverse fleet comprised of millions of parts, technology-based operating systems, unprecedented levels of in-flight accoutrements and, of course, the expectation that required services can be performed anywhere in the world, at any time.

While repair shop managers are keenly aware of these realities – and with the worldwide fleet expected to continue to grow — advances in supply chain management can help provide badly-needed relief. 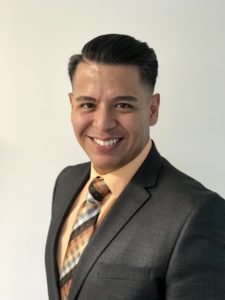 Mario Rojas is a Business Development Executive – Aviation Logistics Services with Purolator International . Prior to that, he spent his career working in various operational roles expediting international shipments for companies such as DB Schenker and UPS Air Cargo. Mario comes from a family of Aviation experts. He enjoys traveling the world for business and pleasure and his favorite destination is Innsbruck-Austria.