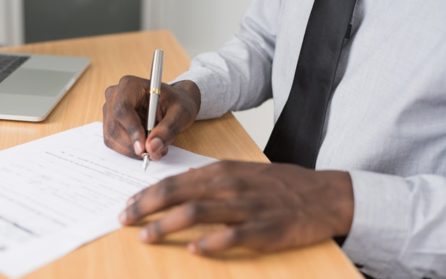 “There’s been a lot of talk about Long Island transitioning from its ‘roots’ of manufacturing to become a services and technology region.  While this is positive growth, and something that is happening on the national scale as well, it’s important to remember why manufacturing is so vital to the economy,” said John Costanzo, President, Purolator International.

“Manufacturing does more than any other industry to generate economic growth.  Beyond job creation, which in and of itself is hugely significant, manufacturing feeds activity into every other economic sector.  More than seven jobs can be created from a single manufactured good – product design, engineering, supply chain, production managers, delivery, sales, and marketing,” continued Costanzo.

“This is a timely and important discussion on where manufacturing is heading and how Long Island employees and companies can adapt to meet today’s challenges and opportunities,” said Kevin Law, President & CEO, Long Island Association.  “Purolator’s Supply Chain Index data revealed today will be a valuable resource for the entire region.”

Long Island Manufacturers Expecting Orders to Increase
Long Island manufacturing executives are anticipating growth in the coming months, with almost half (45%) of all respondents anticipating new orders will increase.  Another 49% expect new orders to remain the same.  Young executives and managers under the age of 50 were more optimistic than their older counterparts – with 59% of younger, and 31% of older executives expecting an increase.

The respondents offered a number of reasons when asked why they expect new orders to increase, including: the emergence of new customers or markets (32%), a general improvement in business conditions (21%), changing seasonal demand (18%), an expansion in their production capabilities (11%).

“All of these responses show positive momentum for Long Island.  Beyond seasonal demand, all of the other indicators for an increase in new orders suggest a regular, sustained increase in business,” said Costanzo.

Another positive indicator found that half of all manufacturing companies surveyed had hired new employees in the past year. Hiring was most common in companies with higher sales – 62% of companies with sales of $1M to $100M or more had hired over the year.

The Long Island Supply Chain Index survey obtained interviews with a sample of manufacturing businesses in Nassau and Suffolk counties of New York. The survey was conducted by Princeton Survey Research Associates International (PSRAI). Data was collected by landline between November 3, 2015 and November 18, 2015. The margin of sampling error for the complete set of data is ±7.0 percentage points with a response rate of 13 percent.