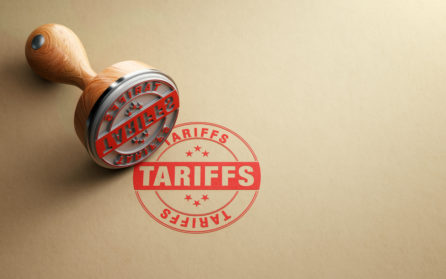 Is the Snuggie a blanket or a piece of clothing? And why does it matter?

The Snuggie, a fleece blanket with sleeves, became a cultural phenomenon in 2009, even gaining Oprah Winfrey’s “seal of approval” and a segment on Saturday Night Live. But the garment became ensnarled in an international trade dispute over whether it should be classified as a “blanket” or an “article of apparel.”

The reason it matters has to do with tariff rates. Every product entering or leaving the United States must be assigned a tariff classification code which, for imports, determines the product’s tariff rate.

If, as determined by U.S. Customs and Border Protection (CBP), the Chinese-made Snuggie qualified as a “sleeved polyester fleece wrap,” it would be subject to a 14.9 percent import duty. But if, as its manufacturer claimed, the Snuggie actually met the definition of a blanket, the rate would be a significantly lower 8.5 percent.

The dispute was escalated to the U.S. Court of International Trade where, in March 2017, the court ruled the Snuggie was, in fact, a blanket.

Aside from the strong public interest the case garnered, the outcome is significant for a few reasons:

In fact, improper tariff classification is a top reason why shipments are delayed at the border and can be a red flag for CBP agents in identifying potential audit candidates.

The following discussion provides an overview of the U.S. tariff classification system along with information to help businesses understand the importance of proper compliance. Most businesses outsource the customs compliance process to a customs broker or logistics provider, but it’s essential to realize that ultimate responsibility remains with the business. At a minimum, an informed manager should have a cursory understanding of the tariff classification process, especially since an improperly assigned code can result in over-payment of duties.

A Brief History of the International Harmonized System

Imagine a world in which there were no traffic laws. Where everyone pretty much did what he or she wanted, and of course, your vehicle would always have the right of way. It’d be chaotic. Now imagine the same sort of scenario in the world of global trade: where each country had its own standards and rules and there was no compatibility among nations. Chaos, right?

Fortunately, the world’s nations recognized the need for uniformity in global trading practices and commissioned the World Customs Organization (WCO) to establish the rules and police enforcement. Located in Brussels, Belgium, the WCO is the self-defined “only international organization with competence in Customs matters and can rightly call itself the voice of the international Customs community.”

Central to the WCO’s work is development, implementation, and upkeep of a uniform system of codes to identify international trade shipments. The system, known as the Harmonized Description Commodity and Coding System (Harmonized System or HS), includes unique six-digit codes for roughly 200,000 different commodities. The system is used to account for roughly 98 percent of the world’s trade merchandise.

Because of HS, a product originating in one country will carry the same identifying code as the same product manufactured in a different country. Without HS, worldwide commerce would be a mishmash of disconnected codes and identifiers.

According to the WCO, the Harmonized System provides a “logical” structure within which more than 1,200 headings are grouped in 96 chapters. The 96 chapters are arranged in 21 sections. Each of the 1,200 headings is identified by a four digit code, the first two digits of which indicate the chapter wherein the heading appears, while the latter two digits indicate the position of the heading in the chapter.

For example, heading 10.01 (wheat and meslin) is the first heading of chapter 10, which is dedicated to “cereals.”

Most headings are then subdivided into subheadings, which offer further delineation between products:

The harmonized codes are updated every five years, most recently in 2017 when 234 changes were implemented. Because the Harmonized System truly is the law of the land, every country must adjust its own import and export practices to ensure it is in sync with HS revisions.

Today more than 200 countries have adopted the HS, which means uniform codes are in place to help minimize disputes and provide clear “rules of the road.” All HS participants utilize the same six-digit HS codes but are permitted to add additional qualifying codes, as a way to capture specific data about the flow of goods crossing their borders.

The Importance of Understanding the Classification System

At Purolator International, we are experts in navigating the Canadian customs border process, and we are always happy to help businesses understand important processes for international shipments.

We’re the proud recipients of industry awards for superior service and innovate solutions, and we look forward to applying those solutions to the success of your business.

Contact us today to learn more about industry practices, our company and how we can help you ship to Canada.