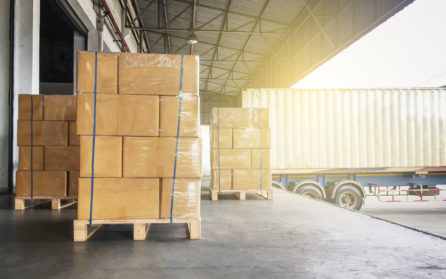 “Speed” and “Urgency” are words commonly used in the world of AOG repairs, as airlines spare no expense in locating parts needed to repair grounded planes.  But let’s add two additional terms – “Consolidation” and “Cost Efficiency” – that can help streamline the process and control costs.

We don’t often think of an AOG repair as an opportunity for cost efficiency, but innovative logistics solutions are increasingly changing the way certain carriers approach their repair orders.  And consolidation – the process whereby smaller shipments are combined to achieve economies of scale – is rapidly becoming a preferred option for many AOG managers.  While you certainly can’t plan your next AOG situation, you can, as the saying goes, make lemonade out of lemons by finding opportunities for efficiency.

How exactly does consolidation work in the fast-paced world of AOG repairs?

Some airlines are beginning to make good use of this classic example of consolidation.  Multiple parts in need of service move together – as a single shipment.  Upon arrival in Dallas, the larger unit is broken down and each part is transported directly to the appropriate repair center.  This solution is ideal for AOG repairs that are slightly less urgent, and can have a surprising impact on transportation costs.

If properly handled consolidation can minimize delays associated with the clearance process in several ways.  First, a consolidated shipment will move as a single unit, meaning each individual product will not have to be processed for transportation as a shipment.   Upon arrival at the port, individual items are cleared as separate units.  This prevents the entire shipment from being delayed should customs seek further inspection of a particular item.

In addition, international shipments traveling to different domestic destinations can move as a consolidated shipment in the manner discussed above. Once cleared through customs, the larger shipment is deconsolidated for further domestic distribution.

Consolidation also has the benefit of minimizing in-transit damage, since smaller units are bundled together, and less susceptible to turbulence, shifting and other in-flight risks.

It would seem then, that consolidation opportunities would be especially appealing to larger carriers, that deal in significant volumes.  However, I am continually amazed to find AOG managers who not only fail to take advantage of consolidation, but who seem to believe their current logistics operations are just fine.

Well maybe parts are arriving on time, and there haven’t been too many glitches, but there is always room for improvement.  AOG managers should be constantly on the lookout for innovations, always looking for the “next great thing,” and constantly curious about how other carriers manage their AOG services.  Consolidation, for example, could be a tremendous source of savings, but if an AOG manager doesn’t know the option even exists, it will remain a missed opportunity.

AOG repairs are so costly, that managers need to turn every stone looking for areas of efficiency.  Shipment consolidation is an obvious place to start, and as I will point out in future posts, it is certainly not the only place.